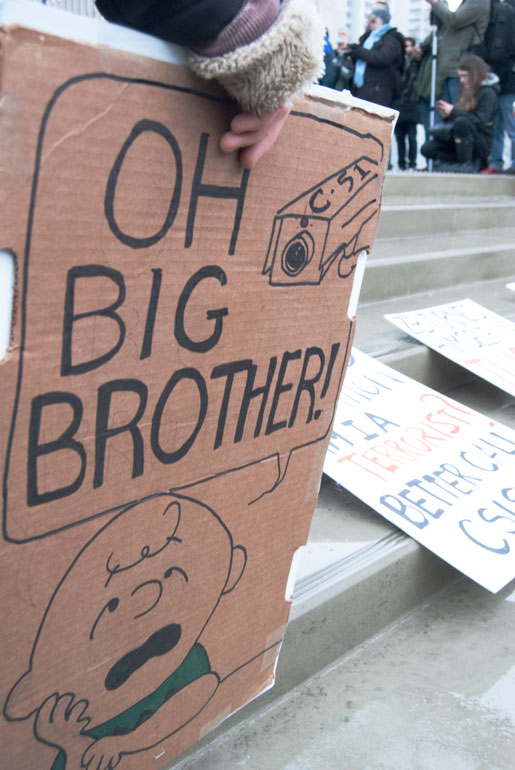 Rather unexpectedly, I’ve received a response from the office of my parliamentary representative John McCallum for my questions about supporters and financiers of Bill C-51. This is the government’s terrorize-Canadians bill that’s milking the fear-porn from the recent shooting at the parliament to increase it’s secret policing and domestic spying infrastructure.

When I wrote Why you should support Canada’s bill C-51 terrorism bill, I also assumed that I’d receive no response.  With that assumption I wrote that I was sending a paper letter so that the civil servant who had to press the delete key for my first letter would have to file a union grievance against me.  Not only was that incorrect, but Mr Nicholson has done an admirable job answering those questions.

That said, it’s hard not to laugh a statement like “corporate donations are prohibited at the federal level.”

Please accept my sincere apologies for the delay in responding to you. We receive a great deal of correspondence, and do our best to reply in as timely a manner as possible.

I will do my best to answer each of your questions in turn. With respect to the authorship of C-51, it would have been written by officials in the Department of Public Safety and the Department of Justice. The bill was sponsored in the House by Public Safety Minister Steven Blaney. There is no way of knowing precisely who provided the impetus for the bill in cabinet, nor how those discussions progressed.

With respect to financial backing, as I am sure you know, corporate donations are prohibited at the federal level. As such, Members of Parliament may only receive donations from individual Canadians. Elections Canada has a detailed donor database that allows one to search through the donation records of MPs and federal candidates. I have included a link to their robust search tool: http://elections.ca/WPAPPS/WPF/EN/CCS?returntype=1

As far as we know, there are no previous versions of this bill that existed prior to the events of October 22, 2014.

Thank you for writing Mr. McCallum. Please don’t hesitate to contact me if you have any further questions or concerns.

Member of Parliament for Markham-Unionville

In response to the additional question:

“Is there any public database of past corporate affiliations and employment history of politicians that are currently in office?”
Mr Nicholson writes:
“Unfortunately, there isn’t a central database. The Conflict of Interest and Ethics Commissioner posts the disclosures every member of parliament must make, which includes an external income and assets – see https://ciec-ccie.parl.gc.ca/EN/PublicRegistries/Pages/CodePublicRegistry.aspx. As far as employment history is concerned, you’re pretty much limited to Google.”